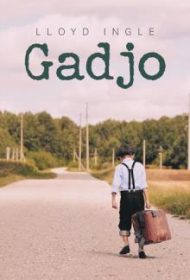 This novel tells the story of Andrew, a young boy abandoned by his mother to live with relatives, and saved by an unlikely family that takes him into their fold.

Andrew is a lonely boy with no friends and an unloving home life when new student Gunari Bosworth joins his class. Gunari is a gypsy and is immediately picked on and ostracized. When Andrew offers to help Gunari with his studies, the two become fast friends, and Andrew quickly becomes a welcome guest in the gypsy household, which includes numerous children.

But Andrew’s newfound happiness is cut short when he eavesdrops on a conversation with his aunt and a stranger and learns he is to be sold to the man. When he shares the news with the Bosworth family, it’s decided that he will live with them. He’s given the Romany name Andreas and soon learns the gypsy lifestyle. As he grows, he experiences the usual adolescent adventures, until one day he receives news of a chance stroke of luck that changes his life.

This story features well-drawn characters and interesting details of the Romany culture, such as the fact that gypsies name their girls for plants or flowers and boys for soldiers or warriors. These bits of information add a fresh twist to a story that might otherwise seem worn.

While there are some minor editing errors, the most concerning flaw is confusing character names. Gunari changes his name to Gunnar, but is referred to as both, sometimes in the same sentence. Another brother is named Guaril. The need, particularly early on, to pause and clarify who is who can be frustrating. The stroke of luck is a plot turn that, while entirely possible, doesn’t feel earned and is not as satisfying as it might otherwise be.

Nonetheless, readers will find the characters and the gypsy way of life intriguing, making Gadjo a largely enjoyable story likely to appeal to a wide audience.