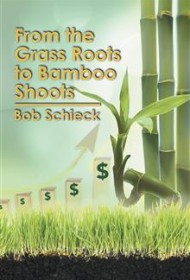 As an executive with an American electronics firm hoping to set up operations in China, Bob Schieck found himself straddling two worlds.

Sent to China to determine the feasibility of such a move, he met with government and business executives. Just as important was his interaction with the Chinese people. His book describes a whirlwind eight-day visit that involved not only daily business decisions to set up offices and a factory, but finding a car, a home and a school for his three children.

Much of this narrative details Schieck’s introduction to the way business was transacted in China. Meetings were long, and nights — with elaborate meals, drinking and beautiful young women who catered to businessmen — could be even longer. His experience was not without some amusing turns. He took out an ad in the China Post looking for a secretary. When it appeared in print, the ad proclaimed that his company “Needs Sexretary.”  Such missteps aside, the author found much to like in the culture and the people, and ultimately, Schieck decided to recommend that his firm do business in China.

But that’s as far as he takes the reader, who is left with several unanswered questions: Did the company succeed?  Also, the beautiful young adult sister of a business associate agreed to move in with the Schieck family to help them settle in. How did that work out? And did his family like China as much as he did?

A short epilogue would have tied up all the loose ends. Additionally, the author never gives a specific year as to when this all occurred. It seems to be the early ‘70s, but other references make it seem later.

In the end, From the Grass Roots seems like a missed opportunity: The story has compelling elements, but it’s not as complete as it could have been. Greater depth and detail would have made for a more engaging read.