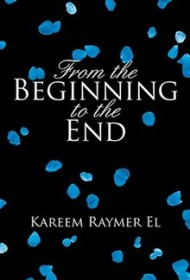 Kareem Raymer El, a seer, metaphysician, and Moor, has written a book to explain Gnosticism, a faith whose adherents believe only they have true knowledge in a supreme God and that such knowledge is the key to salvation.

Among the things Raymer El examines is the Gnostic view of man’s relationship with God; however, his explanations are not thorough, leading to seeming contradictions of standard Gnostic doctrine.

But while most Gnostics believe there is the flow of God in all things, they also believe there is a true God that exists beyond the individual. To speak simply of “sameness” is to leave out the true existence of God.

The text also includes factual errors. For example, the author ties the development of Gnosticism to the “entire Moorish bloodline,” arguing the Moors were the ones who established and spread the religion. His claim may surprise some scholars of Gnosticism, who generally credit Valentinus Saturnilos, who started his own school of Gnostic theology in Rome, as founder Additionally, the author attributes Julius Caesar as the father of Ptolemy Philadelphus, rather than Mark Antony, and treats Jesus’s speculated marriage to Mary Magdalene as fact, among other questionable details.

Those interested in a different take on Gnosticism may be interested in this volume; however, it needs editing to promote better clarity and to correct punctuation and grammar errors before it’s ready for the general public. The book could also benefit from fact checking and references. As it stands, From the Beginning to the End presents a challenging read.