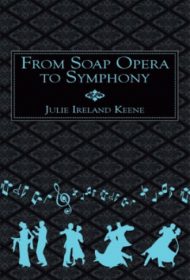 Julie Ireland Keene’s memoir recounts her spiritual journey, which eventually helped her heal past trauma and forge a healthier life.

Born to an unwed teen-ager whom she had believed was her sister, Keene bounced between homes of relatives and foster parents. At nine, she was adopted by a doting mother and alcoholic father who, unbeknownst to Keene, was her maternal grandfather. Throughout her childhood, she was sexually molested by male relatives.

At 18, she married an alcoholic and had three children before divorcing him. Her oldest son died of polio at nine; her middle son had a serious seizure disorder. During her second marriage, she earned her bachelor’s degree and master’s (subjects unspecified). Divorced again, Keene started teaching college.

In the early ’70s, Keene began a meandering spiritual journey inspired by the beliefs of the Unity Church (she became an ordained minister), psychology and ‘70s New Age thought, including metaphysics, rebirthing, and Transcendental Meditation. Keene “entered a more harmonious dimension” as her life settled down in her senior years, a time she likens to a symphony. “When I remember to tune into Divine Inspiration and Divine Love, the symphony reaches rapturous heights.”

Keene can be artful, as in the metaphor above. However, her writing is more often tedious, as when she discusses her divorces —especially when she realizes that her expectations of men are unrealistic and she should take responsibility for herself, yet marries and divorces again. Additionally, jargon abounds: She describes a fellow ministerial student as “a master mind partner,” and early on refers without context to “soul choice” and “Earth School.” The text is repetitive and filled with an amalgam of disparate elements: journal entries, poems she has written, self-help advice.

Ultimately, this account reads more like a private journal than a carefully crafted work of a spiritual awakening. It may, however, appeal to followers of her past ministerial work or those with a New Age orientation.