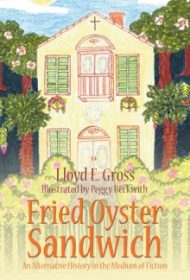 Life in New Orleans beginning in the early 20th century is explored through the eyes and actions of four generations of the Kaufmann family in this thinly plotted novel.

The Introduction explains that the story is meant to offer an alternative history–one in which the Confederacy won its independence during the Civil War. America is now divided into the Confederate States of America and the United States of America to its north. However, the narrative focuses mainly on daily life, with historical details sprinkled in mostly through family discussions.

Patriarch George is a German immigrant, one of many who emigrated from Europe to New Orleans to continue to practice their Lutheran religion. His only son, Eric, is 20 at the book’s opening and his talents lead him to editorial writing for the Times-Picayune. As nearly 70 years pass, subsequent generations marry, have children and take note of local politics, issues with weak levees, and occasional clashes of religious beliefs.

The book has big ambitions but meets with only marginal success. Important historical events aren’t developed through visible action and instead are overshadowed by the ordinary actions of family members—meeting, marrying, buying houses, and finding suitable work; this makes for a lackluster plot. Descriptive elements are limited and lack vitality. For example, the author notes that summer camp houses at Lake Pontchartrain were “wooden one-story houses built on wooden stilts slightly away from the shore, accessed by wooden walkways on stilts.”

While the story may draw readers interested in the Confederacy and early New Orleans, it requires revision to engage a wider audience and lovers of alternative history, in particular.