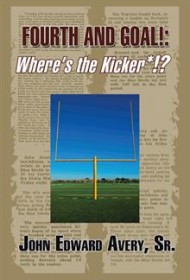 One of seven children, Avery never knew who his father was. His restless childhood was one of poverty, racism, school struggles, petty crime, abuse and family violence. One aspect of his life that he seemed to treasure was his athletic accomplishments.

This is a rich source of material, made more interesting by the ‘50s and ‘60s era during which it occurred, a time when societal changes were impacting the lives of black Americans in the South. But the author doesn’t mine the material as deeply as he could have.

Avery’s writing borders on a stream of consciousness. He mentions events, then meanders off in another direction, leaving readers hanging. The death of his mother, Pearlin, at the hands of his stepfather Herbert, is one example. While Herbert shot and killed Pearlin in the presence of the children, Avery gives only the barest of details of the incident, and never discusses an investigation or arrest. Later, though, he mentions in passing that several acquaintances “had lied on the witness stand.”

Likewise, he reveals little about the rest of his life. He married, divorced and remarried. He had three children; one became a first-round draft choice in the NFL, while a young daughter was killed by a taxi. But details are scant.

Avery is more thorough detailing his schoolboy athletic career, providing pages of newspaper clippings that attest to his football skills. The promise of college and a future in sports died, he writes, because of resentment and racism from some of his coaches and teachers (as evidence, he notes that his high school was never able to come up with game films of him in action, among other examples). The bitterness comes through in his writing.

What hurts the book most, though, is its disorganization. Tighter editing and a more coherent narrative would have helped Avery deliver a more powerful story.