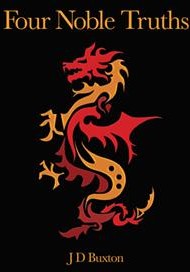 When Dragon was rescued by Sensei as a child, he had suffered extreme sexual, physical, and emotional abuse, and was addicted to heroin. Sensei nursed him to health and started him on a path to heal his much deeper emotional wounds. Also rescued when young, Raven connects with Dragon from their first meeting, and that bond only grows as they age. Theirs is a deep and uncanny emotional connection, bringing each other comfort and a very strong sexual attraction. This couple brings heat to the pages with their many steamy and explicitly drawn sexual encounters.

Along with their comrades, Wax and Sarge, and always with the guidance of Sensei, Dragon and Raven travel the world fighting the dark underworld of human trafficking. Backed by HQ Munich, an MI6-like support team and headquarters, Dragon and Raven assume false identities. Together, they use these secret identities to infiltrate the human trafficking underworld and destroy its criminals. Mission after exciting mission, the team fights against enemies that harm others, bringing pulse-pounding action, intrigue, and suspense to the story.

The team shares a strong bond and a common goal. They fight together, laugh together, and heal together. As they battle their own demons and demons of the world, however, the plot can feel a bit repetitive and the ultimate goal of the team as a whole seems unclear.

Still, the overall story is unique and compelling, with a satisfying conclusion. Though largely dark, violent, and gritty, Four Noble Truths is well balanced with elements of emotional romance, intense sex, friendship, redemption, and healing.