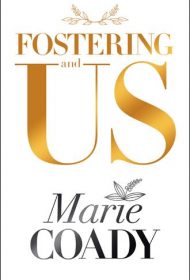 British author Marie Coady relates details of her life tending to a revolving door of foster children in her memoir Fostering and Us.

Coady and her husband, Robert, received their first call to foster two boys in their home in England in the late 1970s. From there, they cared for a succession of boys and girls from newborns to teens until 2010. Some placements lasted a day; others a long time. The couple also adopted a boy and a girl because Marie couldn’t have her own children.

In 2009, the highlight of their life was receiving Member of the Order of the British Empire awards for their fostering service. Their medals were given at a posh gala by Her Majesty the Queen at Buckingham Palace.

This is rich material that has much potential for impactful reading. Unfortunately, it is written in a chronological style that reads like it was directly lifted from years of daily journals. It notes the many doctor, dentist, social worker visits, planning meetings, school events, and more minutiae mostly interesting to the author and people connected to her.

When disruptive and potentially dramatic events occur, such as some with police involvement or dangerous fights among foster kids, the situations are described matter-of-factly; for example, “They had an argument over something, and Logan threatened her with a knife, so we had to be very careful about putting sharp knives away where he couldn’t get them.”

Overall, the writing, while clear, lacks artful flourishes that would more fully engage readers. It fails to build a memorable story line by making shining standouts of one or two foster children who most benefitted from the author’s critical involvement. Neither does it share high-stakes experiences in a riveting manner that could draw broad readership. Thus, it is more suited to a family keepsake than a book for general readers.