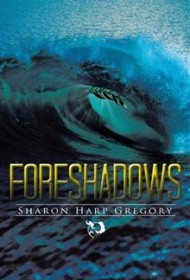 Essentially a retelling of the Genesis flood narrative with a twist, this novel’s audacious blend of Christian mythology and speculative fiction make it an undeniably appealing read for biblical fiction aficionados.

The story is set in the past, on an intriguing antediluvian Earth inhabited by three races: humans (called the “sons of Adam”), Nephilim (the descendants of Cain who also appear to be part angel), and angels who have defected from heaven. Curiously, this civilization is just as advanced as our modern-day world, with televised worldwide communication, space exploration, microchips, etc. There are various “Realms of Tranquility” set up across the planet: sprawling wild areas that serve as habitats for a wide variety of endangered species such as dragons, unicorns, dinosaurs, and wooly mammoths.

For all of the wondrous differences to our 21st century world, there are more than a few spiritual similarities: Many believe the world is going mad. Nephilim war with the sons of Adam; the angels abuse humans to sate their perversions; and the younger generation rebels against the teachings of their parents. As Noah warns against a coming flood, many openly mock him — until it’s too late.

The novel is hampered by poor character development and a weak explanation of the complicated backstory. Significant questions regarding this backstory go unanswered, such as how did this civilization suddenly become scientifically advanced enough to explore space and create microchips?

Despite these flaws, the story’s overriding message of the benefits of living a faith-based life is as powerful and unmistakable as the ark itself. As Noah finishes the last details and gathers his family to sings songs of worship, the narrator notes that “Renewed hope filled each heart that possibly it was not too late to encourage loved ones to repent and turn to Him.”

While not a flawless novel, the author succeeds in delivering an original, entertaining and thought-provoking — albeit evangelizing — retelling of the biblical flood story.