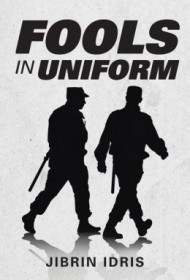 Nigeria-based engineer Jibrin Idris follows his debut, My Predicament: A Struggle With HIV (2012) with this gritty tale about drug smuggling.

The novel’s protagonist is Danladi Beki, a troubled young man who became embroiled with the Red Wings, a university-based crime gang known in Nigeria as a “cult.” After escaping from prison after four years, he travels to the teeming city of Lagos looking for work.

While squatting at the local railway station, he meets Dorothy, a lesbian working as a drug mule for local drug baron Henry Okafar, and Dorothy’s lover Betty, a severely troubled addict. Dorothy talks Danladi into working as a mule for her boss, and he reluctantly takes on his first assignment smuggling a load of cocaine to Israel while disguised as a Christian minister. Later, he undertakes an excursion to New York City, where Danladi smuggles drugs by ingesting cocaine in condoms.

As a whole, the book offers mixed entertainment. The author’s portrayal of corruption and vice in the Niger Delta is unflinching, and his character portrayals seem authentic.   But serious grammar issues take the reader out of the story here and there. The novel also contains a troubling misogynistic and homophobic streak.  About halfway in, Danladi and Dorothy become lovers after a weak protest from Dorothy, while Danladi is “…proud that he was able to turn her from a lesbian to a straight person.”

The book’s final third devolves into a dull portrayal of a government commission tasked with analyzing the nation’s drug scene and recommending a course of action. In addition, the downfall of Henry Okafor’s criminal empire and Danladi’s ultimate fate is painfully abrupt and could prove unsatisfying for those seeking closure.

Readers with an abiding interest in the ongoing political upheavals and violence in Africa will find some unique portrayals here, but the novel’s technical flaws and unseemly attitudes are likely to be troubling for much of its audience.