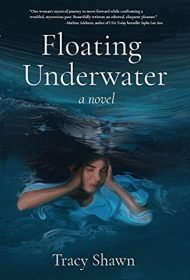 Paloma Leary and her husband Reed are both reeling from her third miscarriage. Paloma prefers not to chance another pregnancy and seeks to adopt, but her husband, who lost his father at a young age, wants a biological child of their own. Paloma herself lost her mother to schizophrenia when she was a girl and also an older sister who was kidnapped, so she has other, unresolved issues besides her multiple miscarriages.

In addition to these very real losses, Paloma also suffers from visions: She knew she would miscarry before she lost their baby, for example. She works as a floral designer, but her real calling is her care and tenderness for her neighbors, especially her boss’s grown daughters, Serena and Tatiana. Serena and Tatiana are both talented artists, but Serena is either mentally ill, magically visionary or both. Paloma grapples with her relationships with them, as well as those of her critical mother-in-law and equally critical and controlling best friend.

As the story unfolds, Paloma discovers her strengths, comes to accept that her visions can be a gift, not a burden, and changes the way she interacts with friends and relatives. Because she heals herself, she can now also help others, including her very grounded husband. “With ever-so-wary footing, they managed to tiptoe above the most traumatic stories beneath their lives.”

Mystical and magical realism permeate this women’s novel, and Amy Harmon fans would embrace Shawn’s adept storytelling. The author delivers spot-on dialogue, believable and enchanting characters, and surprising twists. It’s easy to imagine the novel as a talked-about book club selection (in fact, there’s a list of questions at the book’s conclusion).

Poignant and beautiful, Floating Underwater leaves readers yearning for a sequel and another look at these captivating characters.