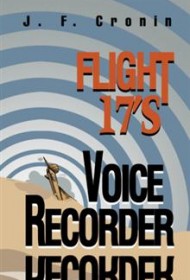 A mentally challenged pilot isn’t what passengers would prefer at the cockpit’s helm during a commercial flight. The airline industry’s tendency to turn a blind eye to such problems is central to this thought-provoking, though uneven, novel.

The book opens in Big Fork, N.D., where Chuck Taylor, vice president of operations and safety for the fictional Los Angeles and Continental Airlines (LACA), arrives to speak at the dedication of his hometown’s new high school. He is forced to rush back to California when a company airliner piloted by his close friend Phil Carlin crashes into a mountain, killing everyone.

Phil has left behind a locked briefcase labeled “for Chuck’s eyes only.” Inside is a stack of sealed and numbered letters — Note #1, dated Aug. 10, through Note #19, dated Nov. 10 (15 months later), the day of the crash. The balance of the book shares the contents of the notes in Phil’s voice regarding his emotional struggles and inability to get help without losing his pilot’s license.

The long series of notes is a unique structure for advancing the story, as the author (who has a Marine Corps flying and airline pilot background) demonstrates through Phil’s words and actions the airline industry’s unwillingness to acknowledge mental disorders. Also, a you-are-there view of actions within a cockpit during storms and other flying challenges is clearly captured.

However, the author’s writing style waters down the story’s impact because it lacks the imaginative language and riveting action that stir a reader’s emotions. Neither are we privy to the points of view of Chuck or others in reaction to Phil’s revelations as the notes unfold because the notes are placed one after the other without interruption for 156 pages. This also serves to lessen the story’s emotional resonance.

While some might find the book an interesting read as is, with restructuring and more electrifying word choices, it has the potential to attract a much wider audience.