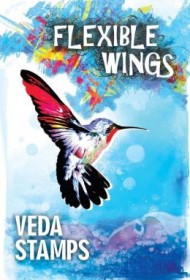 In this middle grade novel, a young girl’s family moves—again—forcing her to adapt to a new city and try to make new friends, all while joining a new swim team and dealing with her mother’s redeployment.

Everyone considers 11-year-old Summer’s parents heroes. They’re both in the military and have both served multiple tours. But Summer resents their careers and hates the instability of the military lifestyle. “Heroes don’t make their kids leave home,” she thinks as she watches movers load a truck with her family’s belongings. Her frustration grows when she learns that her mother is being redeployed. While Summer loves her Dad, little sister Emiko, and grandmother (“Baachan,” as she calls her), facing so many changes without her mom is unthinkable.

Despite a rough start, Summer dedicates herself to her new swim team, even taking private lessons in the hope that she’ll one day be as good as her idol, real-life, mixed-race Olympian, Lia Neal. For Summer, being African-American, Japanese, and “a bunch of other stuff” elicits rude comments, people touching her hair without asking, and being called “girlfriend” by snotty peers. Summer’s growing skill as a swimmer, and her generosity and intelligence, soon win her some new friends, however, and before long, Summer is coming to accept that “moms are not always there every time you want them to be,” but that doesn’t mean she is alone.

This debut is a sensitive and honest exploration of the emotional life of the children of active military. Although Summer’s character frequently thinks and speaks with an unnatural maturity for an 11 year-old, her complexity and charm are undeniable. Veda Stamps’ heartwarming debut is a thoughtful and authentic book for young readers — richly diverse, engagingly written, and deeply genuine.