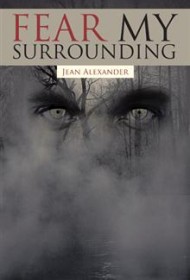 “Decades ago I was conceived unto this unruly world.” That phrase, which opens first-time Haitian author Jean Alexander’s memoir, is at once both chilling and provocative, raising hope that readers will be guided through the despair and occasional triumph of Haiti from an insider’s eye.

Alexander, one of six children raised by his father, lived a childhood surrounded by the poverty and violence of Jean Claude Duvalier’s (Baby Doc) rule. In 1997, the author and his family fled Haiti to join his mother, who was already in the United States. But the misery of one nation was quickly replaced with the despair of another’s as he feels alienated and alone in his new surroundings, falling victim to racism, false accusations, and the gang warfare of his urban New Jersey neighborhood.

Again, the built-in promise for a compelling story of culture clash is right there, waiting to be plucked. But in the end it is not to be. For all of the drama that Alexander has lived and seen, he fails to successfully tell his own story. Instead of a gripping narrative, his writing lacks focus and the characters in his life — wife, parents, friends, son — are never developed. Readers don’t fully know who these character are, or, for that matter, who Alexander is, either.

With no structure and timeline, the author’s narrative is a confusing jumble as he decries in chapter after chapter against all who have done him wrong. This grows tiresome quickly. The pay-off to all of this grimness is supposed to be a survivor’s discovery of his own inner strength. But Alexander does not deliver any real inspiration, offering instead the brief and unsatisfying advice in the final chapter to follow his lead of “staying the course.”

This is a book with great promise, but after a good start, it is a promise broken.