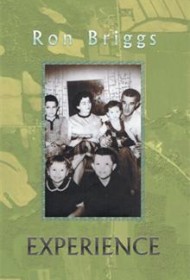 This slim memoir is divided into two sections: the good times of author Ron Briggs’ childhood and the various misadventures throughout his life that might have gotten him killed. While such personal recollections are often interesting only to the writer, Briggs delivers a number of stories that are laugh-out-loud funny, many, if not most, that will leave readers marveling he survived.

The first batch of stories is called simply, “Games.” These entail the innocent, but often-dangerous exploits of his childhood in rural Perryville, N.Y.

In “Tubing,” for example, he writes about the winter his father brought home the inner tube from a truck tire and they used it as a sled. In search of a faster, longer run, the brothers move to a new hill. Briggs sets off, the tube soon slows, then suddenly gains speed. “Then I was smashing through tall weeds… A second later I was airborne, then WHAM! … I had made a right angle turn when the tube slowed down and rolled off the side of the hill right over a neighbor’s retaining wall and slammed into the garage.”

The incident costs the then 8th grader time from his wrestling team, but doesn’t seem to put much fear in him, considering that he goes on to relate in part two, titled “What Don’t Kill Ya,” more death-defying exploits. Those include the time he nearly drowned — or froze to death — after his canoe capsized while duck hunting, the four times he came in close contact with lightning, and the time he nearly launched over a 150-foot waterfall after a friend snuck up on him.

This is not a literary work of art, but it’s often an enjoyable read, professionally written and containing only a few minor punctuation errors. It will appeal most to those readers who grew up in rural areas in the days when entertainment was an all-day adventure eagerly sought outdoors.