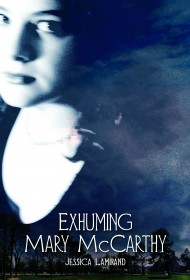 Ready to leave her unhappy high school days behind, Lamirand arrives on campus excited and apprehensive. A romantic at heart, she brings along her favorite novel, Anne of Green Gables, and identifies with its protagonist: “We both yearned for heart-wrenching beauty. We both longed to find kindred spirits.”

Finding those kindred spirits does not take long. She soon develops friendships with seven girls and cannot imagine life without them. In fact, the title derives from their likening themselves to the eight women who forged friendships at Vassar in the 1930s in Mary McCarthy’s novel, The Group.

Finding romance proves more difficult. Lamirand’s initial crush does not work out, and she eventually becomes enmeshed in a tumultuous relationship with an unemployed, self-absorbed, local young man who frequents campus. As her friends increasingly pursue alcohol, drugs, and their own questionable affairs, the group’s bonds unravel, much as did those among McCarthy’s fictitious set in their years following graduation.

Putting the degree of partying aside, her story of self-discovery is similar to others taking place across college campuses everywhere. What distinguishes Lamirand’s tale is her facility with dialogue, fluid prose, and literary allusions. Witness one friend’s lament: “Maybe we never had that perfect synchronicity of seven that made the wackiness of life more bearable. Maybe it was all just a dream, just like the good old days of The Group at Vassar never really existed except in Mary McCarthy’s mind. Maybe we only exist in an author’s mind, too.”

With little by way of a narrative arc, however, the chronological recounting of college life begins to feel wearisome. Consolidating events, crafting more of a plot, and further exploring devices of creative nonfiction might lift this story to greater heights and wider appeal. Nonethless, readers will find a thoughtful reflection on the significance of friendship, belonging, and coming of age.