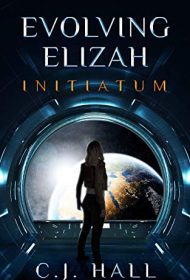 After a near-extinction event, Earth has lost most of its food production capabilities on the surface. Green Grow, a giant corporation, grows food on its space farms. It used to deliver that food to various depots across the former United States, but New Generation, a violent band of outlaws, effectively shut down these deliveries. Peace talks between the two organizations stalled when the space farm’s captain disappeared.

After her brother’s own disappearance years ago and mother’s suicide, Liz managed to create a life for herself in space. She now works for Green Grow, leading missions on the farm’s shuttle to secure supplies to fix the farm’s aging technology.

On her last mission, Liz was forced to kill her colleague, Ellen, who turned out to be a New Generation spy. Liz and Seth, the space farm’s hunky, new captain, know that Ellen was working with someone high-up, and the story follows the protagonists—and their brewing romance—as they search for spies, try to maintain the ship, and stay alive in the process. When Liz rescues 52 people hiding from New Generation forces, the plot thickens further.

The story is twisty, and keeps readers guessing as to who is a spy, who isn’t, and who will survive what may be a galactic war. Hall offers expert world-building, and to the author’s credit, both the heroes and villains are morally complex characters. The action is page-turning swift: “So basically,” Liz says, “the ship is damaged, the crew is diminished, we don’t know where we’re going, and we have traitors in the brig who aren’t talking.”

Science fiction and post-apocalyptic fiction fans will find the book hard to put down, and not just because it’s action-packed. The novel’s careful character development will have readers waiting for the next installment of what is likely to be a galactic space series.