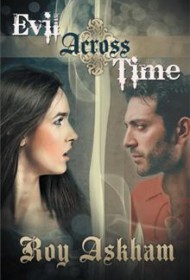 The story offers an intriguing premise: combining out-of-body experiences with previous incarnations. Unfortunately, the conceit’s promise becomes overshadowed by relentless sexual perversity that is bound to turn off all but the most stalwart readers. Additionally, the author awkwardly solves the problem of Edwina’s first-person narration, which doesn’t allow him access to other’s thoughts and motivations, by having medieval characters mumble plot points aloud. Other flaws include overuse of particular words (“reckon,” “penis,” “cuppa,” “what the hell”), anachronistic language (“Shut the fuck up”), and typos.

More metaphysical explanations of what is happening and why and fewer sadomasochistic descriptions would broaden this book’s appeal.