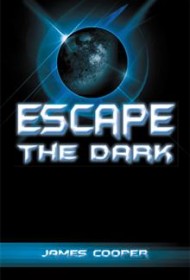 This ambitious science fiction novel chronicles the nature of evil in the universe over the course of billions of years (and its ultimately annihilatory consequences on intelligent races).

The Illutians are deeply contemplative beings of pure energy that are attempting to combat the spread of evil throughout the universe. After saving a benevolent alien with psychic powers named Tabol from death and transforming him into an Illutian, Tabol is tasked with finding an individual from the planet Earth who can see the future. This human could very well hold the secrets to saving millions of lives—and quite possibly to surviving the looming end of the universe!

Conceptually, this storyline has more than a few intriguing elements—the existence of innumerable sentient races throughout the cosmos, the evolution of humankind into virtually immortal beings, travel between parallel universes, etc.—but the narrative itself is flat. The character development is superficial at best and the world building virtually nonexistent. When a novel features alien races and their home worlds and cultures, the sense of wonder should be awe-inspiring, as in Vernor Vinge’s Hugo award-winning A Fire Upon the Deep, for example. But in this novel, that sense of wonder is conspicuously missing.

The skeleton of a story is certainly there, but the flesh is missing. The characters are cardboard and the various locations throughout the universe barely explored at all. Opportunities to create rich, unforgettable backdrops, such as Tabol’s intriguing home world, which is simply described as a “backwater planet,” are completely ignored.

Ultimately, it doesn’t matter how strong a science fiction novel is conceptually. If the narrative is not compelling and fails to touch readers on an emotional level, the reading experience is going to be an unsatisfying one, as it is here.