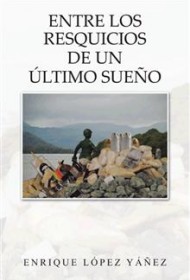 Enrique López Yáñez’s novel moves between the summits and depths of society, showing that everything in the city is connected, from the activities of the richest bureaucrat to the hustling of the lowest drug-dealer.

Carlos Venegas works as a government assessor in an almost-unnamed city (Great City) in an equally anonymous country (Great Country)—although it is clear that these names are proxies for Mexico City and Mexico respectively. His job is to formulate sophisticated social models that give a mathematical analysis of the way social groupings develop. His superiors then use these to advance the government’s agenda of absolute social control.

It is never entirely clear what Venegas’s own attitude is toward his work. He feels misgivings about it and its consequences but is unable to make a stand against the inevitable movements of fate. “La realidad que debía satisfacer estaba en la mente de su jefe. [The reality he had to conform to was in his boss’s mind].” Although he is not a passive character, the environment the novel portrays–where each person occupies a single, fixed position in the complicated chain of connections and dependencies that form society–makes it impossible to change anything.

Rather expository at the beginning, the novel gathers momentum and succeeds in portraying, with flashes of insight and understanding, its society as a whole. The plot is based to a large extent on Venegas’s mathematical models; the novel would be more successful if these were explained at a slightly lower level, resulting in a book that is less dry.

The iniquities described in this largely-realistic novel provide an in-depth examination of how a society based on criminality could be put together, leaving readers feeling as if they have been learning about some unsettling and uncomfortable futuristic dystopia. Despite the mathematical speed bumps, it’s a gripping story set against a well-thought-out political and social background.