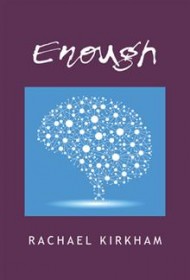 This fictional story set in modern-day Manchester, England is an original take on a high-functioning woman’s struggle with mental health instability that threatens to impact not just herself but the people who care about her.

Eve has a long-term relationship with loving boyfriend Carl and stable employment as a motivational speaker and trainer, helping people to overcome self-doubts. Ironically, though, Eve cannot seem to battle her own nagging doubts.

Carl and Eve’s family and friends become increasingly worried after witnessing the “scary explosions” that she later can’t recollect. They worry that she’s contemplating suicide when she tells them she doesn’t feel worthwhile: “I’m so tired of it all; I really feel as though I’ve just had enough.” Eve seeks out mental health help from various sources while, in a subplot, she tries to reconnect with her sister Sarah, who is angry at Eve’s interference with her family.

The well-paced story, with believable characters and minimal copyediting issues, is based on incidents from the author’s personal life. Kirkham has a consultancy business that uses Neuro-Linguistic Programming to help others “be the best that they can be.” Similarly, Eve is helped to improve her self-doubt and outlook on life with techniques offered by her clinical psychologist.

While the book is developed with a climax and resolution, it isn’t gripping in the typical mode of fiction. Rather, it draws readers in gradually by subtly prompting them to think of their own emotional lives and relationships with others. It also goes into teaching mode at the end, as Eve lists the top 10 things she has learned about herself and 10 actions she will take with that knowledge.

In sum, this is an odd amalgam that is likely to be jarring and offputting to those looking for an engaging novel. That said, the book may appeal to readers grappling with mental instabilities and seeking to improve their lives.