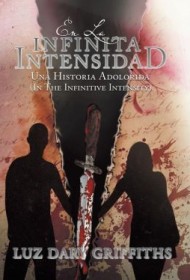 This tragic romance novel, by Colombian-born, UK-based author Luz Dary Griffiths, is presented in both Spanish and English versions. It tells the story of protagonist Teresa Medina, opening in Colombia and later following her to the UK and Congo.

Teresa grows up in a poor household in which her mother, Isobel, is mistreated and cheated on by Teresa’s father. Teenage Teresa, in turn, finds herself taken advantage of and abused by older men. After a number of failed relationships, she meets Englishman Paul, who takes her to the UK and marries her, affording her a new start. However, her new life is not as idyllic as Teresa had hoped, with devastating results.

The novel unfortunately suffers from a number of flaws, largely due to its structure and pacing. It takes a while for Teresa to emerge as the protagonist, as the story first seems to revolve around her mother, then her older sister Matilda. The lack of chapter breaks, a surfeit of minor, mundane details and the continuous “and then…and then…” style of narration make reading the novel a challenging experience.

The subject matter doesn’t help. Teresa is almost constantly miserable, and the relentless cycle of arguments, tears, vomiting and more arguments grows old. Nearly every male character follows the same trajectory: Seemingly nice at first, they are later revealed to be liars, cheaters and abusers. The uniformity of their character arcs is matched by their identical dialogue.

Moreover, an unfortunate number of spelling and grammatical errors, in both languages, impede understanding. The English version in particular suffers from this: It reads as an almost literal translation and needlessly transposes Spanish names to their English equivalents, so that a character called Asunción becomes, unfortunately, Assumption.

Overall, the book’s rambling nature makes it feel more like a first draft than a finished work. Some heavy editing to streamline the plot and characters could, perhaps, take this to the next level.