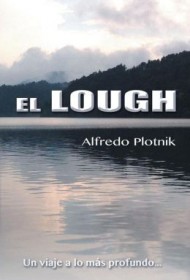 At the center of the story is Bryan James, a medieval history professor at the University of Scranton, who receives a mysterious letter asking him to come to the small town of Neker in Ireland. Residents live in fear of the nearby Brittany Lough (the Irish spelling of “loch”), which has taken many of their loved ones over the years, leaving no trace of their bodies.

Bryan meets Ciara Doyle, who lost her husband Colm to the lough and lives with their young daughter Tara. Tara turns out to be the kind of child who only exists in novels of this sort: wise beyond her years, with a knack for prophetic drawings that reveal hidden truths about the lough. Bryan slowly learns about the mysteries surrounding this land: the doomed Brittany Castle; the great Baron of Callaghan; another lost man; a tailor, and his wife. Ghostly red foxes and enigmatic red-eyed maidens abound, as it is revealed that Bryan must make a great sacrifice to unravel the mysteries of the lough.

Alfredo Plotnik does a skilled job of the world-building behind this novel, creating his own interwoven Irish legends, and providing some stunning descriptions of the landscape. While the reason the rather uninteresting Bryan James is chosen to come to Neker is not particularly convincing, and the narrative glosses over some plot inconsistencies, these issues don’t detract much from the novel’s charm.

The text could do with a little stylistic polishing, as too many run-on sentences can sometimes lead to confusion, and over-narration of unimportant details sometimes makes the pace drag. However, with some editing, lovers of Celtic legends and supernatural tales will appreciate this book.