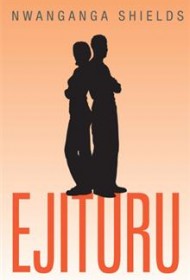 A culture clash between Nigerian traditions and the lure of free choice in America are the basis for this well-conceived first novel by Nigerian-born author Nwanganga Shields, set after the late 1960s Nigerian civil war.

Eighteen-year-old Ejituru, who was schooled in a prestigious girls’ boarding school, is encouraged by her progressive mother to follow her dream to attend university and become a doctor. Ejituru’s father, however, believes it is time she is betrothed in an arranged marriage to a much older Nigerian man from a socially prominent family who now lives in America.

That man, Ignatius, doesn’t want to marry, but does so because he had promised his mother before her untimely death that he would wed a village girl. While he had planned to study engineering at a U.S. university, he was initially thwarted by his father, who refused to share his ill-gotten gains with his son. Ignatius eventually gets to America with the help of a friend who quickly deceives him. He must find a way to make it on his own and, in doing so, lives a life of deception, fooling his family and Ejituru with disastrous results to their loveless marriage.

This novel is written as a long narrative, often describing scenarios and backstories with more introspection than action. It burrows inside the heads of the grown children, their parents, friends and relatives to demonstrate how long-time cultural can tear hopes and dreams apart. Settings and physical traits are vividly described. In addition, the characters’ uniquely drawn viewpoints are thought-provoking.

The book’s only flaw is some unnecessary repetitiveness of several characters’ situations and purposes as the story progresses. Nonetheless, this well-paced book dramatizing the harm done by insisting on long-held traditions is imaginative and original. It likely will appeal not only to Nigerian readers, but to those from other countries whose cultural rules have a way of poking their noses into the lives of an independence-minded, changing generation.