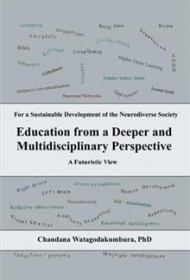 Chandana Watagodakumbura, an engineer with training in higher education, is concerned about a problem that has plagued educators for time immemorial: that children who are labeled as “gifted” all too often do not become high achievers; rather, they are routinely left behind by the educational system.

Watagodakumbura’s concern has, of course, been addressed in many ways, most commonly through the administration of intelligence tests, then using those scores to “track” the student into specific “advanced” classes. Using the theories of psychologist Abraham Maslow as his starting point, Watagodakumbura argues that gifted learners can be better identified through a series of psychological and neurological tests. He then proposes that rather than singling students out through tracking—a system he believes damages the child—myriad methods should be used to give these gifted individuals a better experience in the traditional classroom, an approach he labels as “Authentic Education.“

Watagodakumbura’s prose is dense and theoretical, but delivered with the passion of a frustrated parent wanting the best for a bright child who he feels has been ignored. As a result, his “Authentic Education” has a ring of sincerity that other theory-laden books about gifted children do not.

The book’s strength, however, is in the argument in favor of identifying such students through a deeper battery of tests; his plans for what to do with those students once identified are shallow. For example, his call for a “question-based lecture delivery” is already done in many classrooms (as the “Socratic method”); his call to take the abstract out of classrooms in favor of the practical, give the gifted student more time to formulate answers, and so on, is well-established pedagogy. And his belief that his “Authentic Education” will bring “peace in the world” is wildly overstated.

Yet this book can easily be recommended for the author’s novel and passionate approach to identifying gifted students, arguments which will surely fuel debate on the subject.