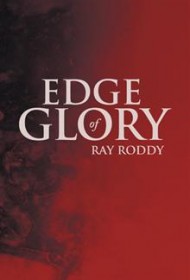 In this political thriller that could have been lifted straight from the headlines, America and Russia are on the brink of nuclear war.

The Iranian prime minister and the Russian president have joined forces to destroy the Iranian Ayatollah, each for reasons of his own. To do so, they retrofit an American drone “lost” in Iran some years earlier, adding bombs and sending it to destroy the town where the spiritual leader and his fellow ayatollahs are praying. A decoy copy of the original drone — one that citizens believe is the real thing — has been on display at a museum in Tehran for years. As far as the world is concerned, that’s the only drone Iran has — with no capability to build anything bigger or better.

Thus, the Americans are accused of killing the holy leaders. Spy extraordinaire Brendan O’Connor must find a way to prove Russia’s and Iran’s complicity — and America’s innocence.

Roddy has more than a working knowledge of his subject, which makes the scenario plausible. However, he squeezes too much information into too few pages, overusing dialogue to advance his plot and explain the mission’s technical aspects. Narrative would have served him better. Roddy also seems to have a political agenda, displaying particular disdain for President “Bama,” who sneaks cigarettes behind the First Lady’s back and has a “smarmy smile,” after his “self-admiration speech.”

It appears that the author has also seen too many spy movies. There’s the obligatory love scenes between spies and more than one B movie character: “(The Iranian leader) laughed an evil, throaty laugh that came from deep in his chest…we shall return to the glory of long-ago Persia… The oil fields of the north and west shall again be ours.”

Despite its flaws, the book may have some value for fans of doomsday thrillers. For those who lie awake at night mulling over worst-case scenarios, Roddy adds another one to the list.