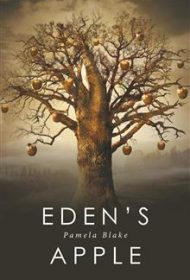 A father’s sexual transgression with his daughter negatively impacts the lives of four generations in this uneven moral study on the dire consequences of life’s mistakes and the need for redemption.

Rose is just 16 in 1937 Bradford, England, when her father takes inappropriate liberties with her so she would know what to expect from sexual encounters.  A pregnancy results, and soon after Lucy’s birth, Rose disappears. The storyline then follows teenage Lucy, a beautiful vixen who entices Father Sam. He is shamed into leaving the priesthood to marry Lucy when she becomes pregnant.

The pair soon connect with a man who introduces them to hard drugs and a shambles of a lifestyle even as they have a second child. When Sam sees a vision urging him to head to the Mexican desert to find God, he drags Lucy along, leaving their children behind. He becomes convinced he should stay forever, but Lucy refuses and leaves. Her life gets darker and more destructive after making one poor decision after another until she decides to return to her children and find her mother.

This novel is heavily underpowered in the early pages concerning Rose’s life, largely because many details that might provoke an emotional response in readers are tethered to events that fly by so quickly there’s little chance to form attachments to the characters. However, once the story moves to Lucy, it redeems itself by building steam, intrigue, complexity and believable emotion —from raw lust to heartfelt tenderness—as her life crumbles.

While the writing is mostly sound and creatively descriptive (“her white, fragile, perfect body  . . . a shining dove framed by the timeless cycle of night after day”), there are distracting errors, such as out-of-order dates (1958, followed by 1957), someone talking “in Mexican,” and the Spanish “hola” misspelled “ola.”

Despite the novel’s flaws, the plot is compelling overall, and this modern-day dramatic parable may hold appeal as a beach read.