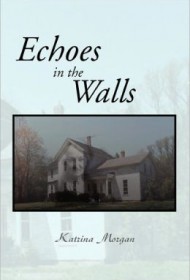 Katrina Morgan’s lively voice relates the harrowing saga of remodeling the dilapidated pre-Civil war farmhouse she and her husband bought on the outskirts of their small Ohio town. It’s a tale replete with dangerous mishaps far in excess of the average homeowner’s experiences, mainly because the Morgans vowed to restore their dream house with no outside help, only their own energy and brawn. Since John Morgan had a day job, most of the backbreaking labor fell to Katrina, an experienced carpenter and Jill of all trades. She simultaneously cared for their three children and their current house, which sold all too quickly, establishing a 90-day timetable for rendering a filthy, decaying, rodent- and insect-infested wreck ready for family occupancy.

Morgan describes each unexpected and catastrophic event with gusto, and she doesn’t shy away from revealing her own fears and inadequacies as the remodeling schedule roller-coasts into a marathon of escalating problems. Spunky, impulsive, fearless, inventive and indefatigable, she remains optimistic even after finding mysterious bones in the spooky basement crawlspace and confronting bats and their guano in the attic. An active sense of humor sees Morgan through the roughest spots; some scenes are hilarious enough for a sitcom.

A major drawback to this account, however, is Morgan’s fanciful attempt to personalize the house. A sentient spirit she calls the Old Woman observes the restoration. While she’s vivid in Morgan’s imagination, to the reader she’s a distracting and intrusive presence that impedes the narrative flow and flouts credibility. Whether or not Morgan had a guiding spirit, however, before and after photos of the house show its miraculous transformation.