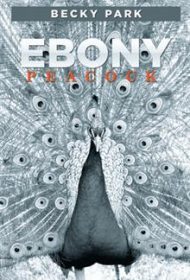 Park sets her book in the sort of town where a bus line clearly separates the white and black areas and attitudes. Black high school senior Darius Metcalfe III is just trying to navigate his last year, which means avoiding the jock bullies and malevolent white cops, and making it to graduation and college. Along the way, he takes a job as a singer at a local drag club, requiring him to navigate another type of minefield: vindictive queens, truculent musicians and a power-hungry gangster. Envisioning the future is easy. Getting there alive, not so much.

A fellow student plots violent revenge when Darius can’t get him a job at the club, and keeping his employment on the down low from his church congregation proves tricky. A general hostility from the white citizens also proves pervasive, be it a roving “citizens brigade” or a surly bus driver looking for any excuse to eject his darker riders.

The story features interesting characters and intensity of tone—the constant sense that realizing his dreams won’t come easy for Darius. There’s also plenty of drama in the protagonist’s journey.

The book’s strengths, however, are tempered by some deficiencies. Drama doesn’t necessarily equal tension, and much of what happens feels predictable. The story—which includes dialogue between Darius and Marc that is overlong and sometimes repetitive—could be 40 pages shorter without affecting the narrative. And the text suffers from erratic use of quote marks to differentiate which character is speaking. It would also benefit from a fleshing out of some minor characters (snooty church women, lesser club employees), and a deepening of its valid assertion that the Depression fueled white hostility toward blacks.