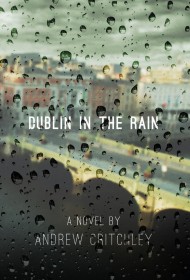 This story follows the life of Jonathan Melton, a young man whose family history is rife with turmoil from which he may or may not escape.

Born to parents who were young and in love, Jonathan experiences a generally happy childhood. But his parents’ marriage begins to fall apart for reasons he can’t understand, and on his mother’s 31st birthday, she walks out and moves in with another man. The divorce is bitter, with Jonathan at the heart of the dispute. Eventually, his father wins custody, and Jonathan is sent off to boarding school. Then his father dies and Jonathan begins life with yet another family, where he finds happiness and normalcy.

As a young adult, he falls in love with the beautiful Sophia and the pair marry. But when tragedy rocks their world, Jonathan discovers he is nursing many childhood wounds that may cost him the love of his life. Into his world comes the sensitive, but direct Maoliosa. She’s a force to be reckoned with, and only after she is gone does he learn that her presence in his life can only be explained by a belief in the unbelievable.

Author Andrew Critchley lays out the plot in a steady, detailed course, and throws in a few surprises that are well thought out and, as such, wholly credible. But while so much detail makes for a solid story, it tends to slow the pace. There are also inconsistencies. In one storyline, Jonathan meets Maoliosa in a hotel bar; in a much later conversation, he recalls meeting her at a concert. His father’s death is described as a road accident, but later a suicide. Additionally, the text exhibits technical issues early on with distracting line breaks between a character’s quotes and the attribution.

All in all, however, this is a solid story with a touch of the supernatural, one that will likely appeal to a patient reader who enjoys an unexpected twist.