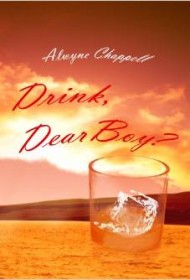 The usual guidelines for an Englishman recounting his adventures abroad begin with first establishing his qualifications as a rank amateur, then describing, with becoming modesty, his surprising competence. Next, he should suggest that, whatever his qualifications, he is vastly more capable than any supposed expert in the vicinity, especially if that expert is not English and, even better, does not speak the language of Shakespeare.

Drink, Dear Boy? bends some of these rules but keeps to their spirit and obeys the most important one: the result must entertain, instruct, and not take itself or its condemnation of others all that seriously. Chappell, a Yorkshireman fed up with it all, resolves to trade established comforts for life on a small sailboat on the Mediterranean. Dragging his somewhat unconvinced wife into his fantasy, he sails off, but barely have they reached their destination when Chappell is forced to lay up his vessel after running afoul of French tax law. Quickly, the couple signs on as skipper and mate of a large motor yacht owned by a wealthy and eccentric Brit whose buoyant response to almost anything is “Drink, dear boy?” and for six years the Blue Sky C cruises between Turkey and Mallorca, giving the author opportunity to belittle authorities in five countries while fulfilling his dream.

This last gives the book its flair. Although many have dreams, and some act on them, Chappell has not only realized his, but has had a particularly delightful time doing so. Following along, readers should too.