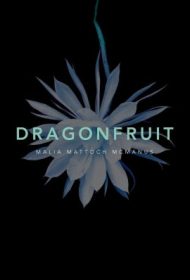 Reminiscent of James Michener’s Hawaii, Hawaii native Malia Mattoch McManus’s Dragonfruit delivers an exquisite tale of love, heartbreak and indomitability of spirit that, like a lush native vine, winds around and through Hawaii’s turbulent history between 1891-1900.

On the island of Oahu in 1891, 18-year-old Eliza’s carefree existence is about to take a precipitous downturn. A plantation heiress, best friend to the royal princess, and smitten with opium magnate’s son Ben, Eliza suddenly finds herself pregnant and deserted. (Uninformed of the pregnancy, Ben has been sent away to China.) Since Eliza won’t give up the child, her plantation-owner father decides to “sell” her to Abram, an ambitious ranch manager in remote Molokai. And so, for $10,000, Abram will marry Eliza and legitimize her bastard baby.

Although she didn’t foresee living with a verbally abusive husband in a friendless land, Eliza steadfastly refuses to play victim. Meanwhile, the monarchy faces a coup from rich American landowners and, as Dragonfruit unfurls, Hawaii is ultimately stripped of the right to retain control of its own kingdom.

McManus’ characters offer a welcome complexity; even villains are allowed glimpses into their humanity. Eliza stands as a magnificent heroine of rare wit and grit—a character who demands, and deserves, readers’ loyalty throughout.

Decidedly knowledgeable in Hawaiian history and habitat, McManus’ descriptions are superb, i.e., place (“waterfalls folded into the green fan of the mountains”) and physicality (“her dismissal as fluid as a moment of hula”). And the inclusion of Molokai’s heartrending leper colony adds even more potency.