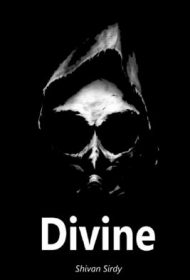 In Shivan Sirdy’s new novel Divine, a troubled young man’s obsessive love for his neighbor gives him a sense of purpose but may also lead to his destruction.

Rai, an engineering student, lives with his parents in Kurdish Iraq. He suffers from obsessive compulsive disorder and bouts of suicidal depression. Although he loves his family and a stray cat he nicknames The Rabbit, Rai feels dissociated from most of society.

Then beautiful Leya moves next door, and Rai has a reason to live. Their relationship is awkward and halting until she is kidnapped by a warlord. Using tactics he’s learned from action films and crime shows, Rai comes to her rescue, wreaking bloody havoc on the way.

This act of daring wins Leya’s love, but now Rai must find enough money to marry and support her. To do so, he plots to rob a corrupt politician but keeps encountering obstacles. When a swerve in the plot forces Rai to start over, he must finally confront his demons and find a positive way forward.

Sirdy delivers an at-times painfully realistic portrait of mental illness, reflected in a writing style that is by turns compulsively detailed and grandiosely abstract. Still, Rai is neither glamorous nor freakish, but relatable and often sympathetic. At times, his obsessiveness is perhaps too realistically rendered: Readers may be put off by the exhaustive details of, for instance, he and Leya’s wedding planning.

Some of his adventures initially strain the bounds of credulity with his near-superhuman ability to incapacitate his enemies, but the novel neatly resolves these inconsistencies by the end. The narrative falters, however, in its last act, as Rai tries to rebuild his life. The steps he takes are complicated and emotionally difficult, yet are so breezily written they feel like afterthoughts.

Ultimately, Divine draws a powerful portrait of its main character, but needs some revision to its pacing and structure to make the story consistently engaging.