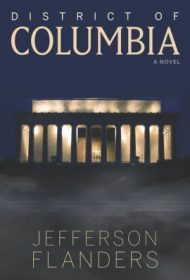 In Jefferson Flanders’ compelling historical novel, the ideals of a privileged young man of the East Coast establishment and his like-minded friends are severely tested by the wrenching changes of the 1960s and ‘70s that would transform America.

A State Department diplomat and aspiring poet, Dillon Randolph, like so many Americans, is buoyed by the presidency of John F. Kennedy. But as Kennedy and then Lyndon Johnson ramp up the Vietnam War, Randolph and his friends experience crises of conscience regarding the war that brings them to different resolutions. In varying degrees, they either oppose or support the war.

Randolph himself wavers between accepting the life he was groomed for or going in a different direction in the topsy-turvy world the Baby Boomer generation was creating in the face of turmoil precipitated by the war, the Civil Rights movement, the Kennedy brothers’ and Martin Luther King’s assassinations, the counter-culture and more. His journey is a mirror of how the nation itself attempted to resolve divisions deeper even than today’s.

The story moves quickly, opening with a fast-forward scene of the suicide of a friend who is guilt-ridden by the world he believed he helped create by working to support the war. Flanders subsequently brings the story’s conflicts to life with expert dialogue, readable narrative, richly described scenes and a cast of well-defined characters. In an apt description, he writes that it was a time of “a darkness, a despair, an anger in the country as if someone had opened a modern Pandora’s Box and evil spirits had flown out.”

For those who lived through these acrimonious times, District of Columbia will bring back memories of their own personal journeys and how they resolved these life-altering questions. For readers who have heard much of the era and want to know more, especially about how it compares to today’s discordant times, this is a good place to start.