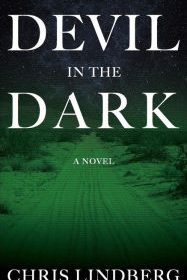 In this thriller, the U.S. government must stop a powerful Mexican drug lord from attacking the Mexican/Texas border and disrupting relations between Mexico and the United States.

The book – the second in a series – revolves around a specialist for the military, whose nickname is Rage: a super-human with science-generated abnormal strength and abilities – and a hot temper. Rage’s mission is to take down Javier Oropeza, the Jackal, who has already destroyed one border station killing dozens of civilians and border guards. The other major players in the book include a hard-working Mexican named Enrique Castillo who can’t escape the Jackal’s clutches, and Otis Brown who is part of a de facto military group, determined to protect the borders.  As the story evolves, all characters cross paths as Rage works to defeat the Jackal.

During troubled times, a military super-hero who saves the day is always appealing, and this is an engaging thriller, well-paced and well-written, with the twists and turns of a super-hero action movie. Rage has Incredible Hulk-like characteristics, right down to his temper, but clearly there’s more behind the heroics as he struggles with his role as a killing machine. The secondary characters can feel a bit clichéd – the hard-working Mexican who just wants to help his family; the former soldier who feels powerless in his own backyard – but the author does a credible job of making them sympathetic and relatable as they struggle with issues beyond their control.

While the origins of Rage aren’t explained here—apparently that was addressed in the first book—the omission of that background doesn’t hamper reader enjoyment. Those looking for an escape from the daily grind will take particular pleasure in seeing the good guys refuse to give into the dark side in this entertaining page-turner.