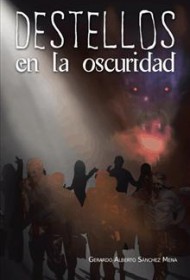 This fantastical trilogy with apocalyptic touches tells the story of a people with the ability to view the past, and even something about the near future. To use these powers, they must concentrate in such a way that they see themselves wrapped in a thick darkness in which, suddenly, they begin to see glimmerings of light, a sign that their powers are working. Some use their powers to rob or kill people; others, such as an 11-year-old boy, or his Spanish teacher, to do good deeds.

When a mysterious army attacks the civilian population, resulting in thousands of deaths and terrible chaos, reality becomes something cruel and unthinkable in this unnamed city. A group of “chosen” turns against humanity and begins to spew theories about the Bible, the earth’s magnetic energy lines, and a race that has degenerated through the loss of the pureness of its blood, but that still wields the power of the gods. Those who don’t contain such purity are dismissed as weak humans who should be eliminated, though some of these mere humans have said powers and resist this annihilation.

Though author Geraldo Alberto Sánchez Mena manages to keep the reader’s interest piqued for a good while, eventually the plot’s lack of verisimilitude—with its complicated mix of biblical, historical, mythological, and scientific concepts—makes the fantasy feel excessive and without a clear rational thread.

As it stands, only an undemanding adult fantasy fanatic would stick with this trilogy to the end.