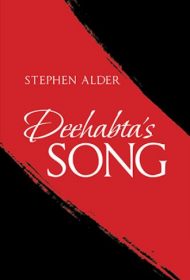 The story takes place over two time periods. One is in 3995 AFS, or “After First Settlement,” soon after the end of a war between the planets of Roon and Caderyn. Krissa, the protagonist, is in her 30s here, and in her 60s during the second timeframe of 4025 AFS, in which she is approaching retirement and accepts a new roommate into her life while dealing with the continuing emotional aftermath of cosmic warfare.

Younger Krissa triggers the ire of political leaders when she teaches a Caderyn-style of martial arts that was banned as part of the post-war peace treaty with her planet Roon, resulting in her constant brutalization at the hands of political ruffians.

Meanwhile, elder Krissa suffers from Caderyn War Syndrome, similar to PTSD, and as her roommate Jo seeks to help Krissa, details of the past are uncovered. With the assistance of a doctor with a complex political past, Krissa and Jo travel back to Caderyn so that Krissa can heal and discover the roots of her trauma and origins.

The novel’s strengths are in its pace, timeline, and character development. Krissa is a layered character, and the story’s core blossoms from the hidden complexity of her past. Interactions between the narrative’s main women are intuitive and deeply realistic, a quality often lost in mainstream science fiction. A page-turner, the story is paced and curated so that the past and present narratives align perfectly in terms of story revelations.

The novel’s only weakness is the repetitive nature of the initial introductions of Krissa in each timeline, so similar in tone and action that they feel like re-reading.

Densely populated with immersive detail and portraying a realistic plight of women in harsh political landscapes, Deehabta’s Song will delight genre readers, particularly those seeking stories about women with the fullness of their humanity intact.