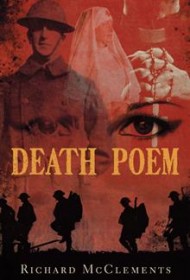 This well-structured, unsettling story-within-a-story unveils a man whose deep anger at injustices inflicted on him and those he loves leads him to vengeful acts.

The novel opens with Patrick, a man anguished by his selfish indiscretions who seeks forgiveness through confession at a New York City church. Upon leaving, he encounters a despondent-looking old man named Sean and spontaneously decides to speak to him. When Patrick realizes Sean plans to commit suicide, he convinces him to first share his story of woe.

The balance of the book rolls back to the early 20th century, revealing intense and haunting details of events occurring throughout Sean’s troubled life. They begin during his youth, extend to his college years, and continue through his time as a Marine in WWI, where he becomes smitten with a nurse and suffers many disastrous years afterward as a result of rash decisions that eventually lead to his role in murder. The book concludes by returning to Patrick and Sean’s conversation and how it impacts both men.

This smoothly written book is well-penned, with believable characters, skillfully capturing raw emotions through agonizing scenes of war battles, as well as steamy passages of lovemaking. Some scenes may stretch credibility for particularly critical readers, such as when Sean is tracked down by a British inspector who justifies giving him a pass for his involvement in murder because he decides Sean has already made sufficient amends on his own. But most readers are likely to forgive such lapses.

Despite such flaws, McClements’ first novel is compelling and should be a crowd pleaser, especially for those who enjoy a fast-paced, passionate love story interwoven with the drama of young men in a time of war.