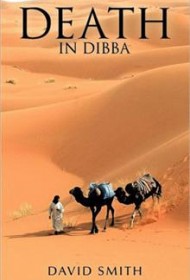 This espionage novel begins with a unique premise. Ordinary British citizen Alex Manning finds himself recruited by British intelligence for a mission investigating possible terrorist activity in Dubai. A gay man, Alex is assigned this mission because the suspected organization, The Sons of Arabia, is composed of “unmarried, possibly gay, and not necessarily Muslim” men in search of others. Soon, Alex finds himself in Dubai, exploring the country, especially the homosexual subculture. He meets friends who will aid him in his quest, as well as opponents who will go to extreme lengths to stop him.

While the idea is certainly exciting, the book has a few issues that lead to some disappointment. Apart from vague talk of an assassination plot late in the novel, the Sons of Arabia don’t appear to have any specific plan for achieving their goal that Alex and his friends can thwart. As the novel is told from Alex’s point of view, readers do not experience the final thrilling conflict first-hand because he is hidden away at that point in the novel; Alex is told about the event afterwards. In addition, an editor would have caught the numerous spelling errors, especially “crutch” for “crotch.”

Still, author David Smith captures the culture of Dubai perfectly, with its modern luxuries fighting against its conservative religious values. And towards the latter half of the book, Alex and his comrades take on a fortified compound in a terrific battle. In addition, there are plenty of scenes that, while not explicit, are certainly enticing for gay readers. As such, Death in Dibba will attract readers interested in foreign settings and international intrigue, and gay readers will be curious about a hero from their own ranks infiltrating the spy genre.