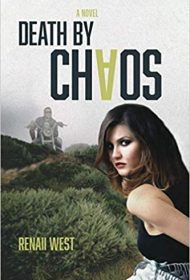 The beautiful, accomplished, and competitive women first meet in their dorm in 1969. Despite their differences, they bond and become lifelong friends. Then, just before graduation, Tasha witnesses big-man-on-campus Kip Morgan threaten to rape Miranda at knife point. As he chases Miranda, Kip accidentally falls to his death.

A journalist for a local paper, Miranda has written about Kip’s father’s political corruption. Fearing that the unscrupulous sheriff will charge her with murdering the son of the university’s largest benefactor, she swears Tasha to secrecy and goes into hiding. For the next eight years, Tasha receives anonymous notes on the anniversary of Miranda’s disappearance. She immediately knows they’re from Miranda, and intuits deeper meaning in them. (Readers will puzzle over Tasha’s certainty, as the notes are too cryptic to make the same connection.)

On their 20-year class reunion, a smashingly handsome man arrives to shadow the now-successful “goddesses,” ostensibly to create a recruiting film for the university. As the story unfolds, secrets surrounding Kip’s death surface, and eventually the book’s opening scene connects to the finale.

This is a quick read with little depth. The characters’ dialogue is largely the quick banter of privileged, college co-eds—even as the women age. The friendship between them doesn’t seem to grow or deepen, and there’s little focus on character development. In addition, instead of letting readers see clues develop about where Miranda is, her source for the corruption story, etc., the author delivers key information in a large information dump.
The story also requires further copyediting, as inconsistent dates, such as those surrounding the girls’ graduation, lead to confusion.

While the characters could use fleshing out, they suit the narrative, which is a fast and light read. As such, the novel may satisfy readers who appreciate such tales.