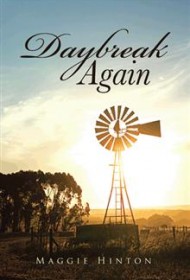 In this engaging romance novel, rancher Dillon Paxton must deal with the consequences of his past relationship with a movie star while helping his community in a fight with the U.S. Forest Service.

The story opens with a surprise letter from Dillon’s ex-wife, Jayden Harte, a famous movie star who is asking to see their daughter. The letter dredges up many feelings in Dillon, mostly anger of the “hell, no!” variety. Flashback to almost 12 years earlier: Dillon meets leading lady Harte while leasing his sprawling ranch as the setting for a movie. The rugged, handsome cowboy soon falls for the beautiful, vulnerable movie star, and they secretly marry.

Meanwhile, his kid sister, high-schooler Gabby, falls for Trey Sanders, the new student whose father is a U.S. Forest Service agent sent to enforce environmental laws that threaten the ranches and sawmill. Trey becomes a target at school. After he and Gabby have a misunderstanding, Trey leaves town and Gabby is forced to move on with her life.

As for Jayden, she soon grows bored with ranch life and wants to return to her movie career. When she becomes pregnant, Dillon begs her to have the child, agreeing to raise the baby alone. Now Dillon doesn’t want her to see their daughter, afraid she’ll influence the girl with her lavish lifestyle.

This book has some editing problems —Trey’s last name changes from Sanders to Stevens and back again, for example — but overall, this is a credible romance novel that’s enjoyable escapist fare. The author skillfully fleshes out her characters within the confines of the romance formula, and the many subplots keep the story moving nicely.

Although the author attempts to show the tragic consequences of the government’s meddling, the tragedy is dealt with in short order — befitting of the genre — and all the happily-ever-afters are tied up in a neat little bow, resulting in a story bound to please romance fans.