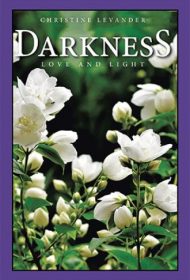 In this memoir, Christine Levander covers her traumatic coming-of-age years, abusive marriage and spirituality, among other topics.

Levander’s narrative is written stream-of-consciousness, making it challenging to follow. The important events of her life seem to be these: At 15 years old, she was coerced into an abusive relationship by her friends. Later, she refused to take drugs, despite her brother’s attempted persuasion. She suffered devastating experiences with an unfaithful, violent and abusive spouse, now her “ex.” And she had a difficult relationship with her in-laws, who maligned her and threatened her. Levander also details her experiences as a single mother and her journey to find healing and love.

While similar experiences have resulted in many excellent memoirs, Levander’s work, unfortunately, lacks direction, cohesiveness and context. Topics are brought up, then quickly abandoned: For example, in one paragraph, Levander maligns her ex: “I did everything he said because if I didn’t… I would be in agony, or he would be humiliating me in public; the black eye, broken nose, dislocations, cuts, the scars on the inside no one sees…” The following paragraph switches topic: “I had a severe migraine last week and couldn’t take my son to school.” When covering family conflict, she digresses to reflect on the brokenness in today’s society, then on a loving romantic relationship, followed by details about a delightful party.

Contradictions abound: She tells readers she’s “not going to give up at all. I am strong and a fighter…” But in the following sentence, she indeed, seems to have given up: “I am too physically ill to even think about getting a job or even studying, to be honest.”

Levander offers some helpful advice, telling readers to leave abusive relationships, show compassion, listen to children, etc. However, given the narrative’s problems, readers are likely to simply skim over these moments.

While the memoir is clearly heartfelt and Levander has obviously been terribly mistreated, her narrative requires revision to connect with readers.