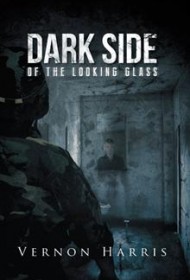 Vernon Harris’ new novel, which begins in 1995, follows an ordinary man on an adventure of time travel and intrigue.

As Sam Michael’s 50th birthday approaches, he finds himself plagued by nightmares. The dreams feature a terrifying incubus that teases Sam with visions of his lost brother, James, who disappeared in Vietnam 30 years before.

At Sam’s birthday party, he is hit by a car, which sends him into a coma. When Sam awakens, he is not in a hospital bed but in Vietnam in 1965, in the body of a soldier named Will Lee Waters. This new identity gives Sam the opportunity to discover the truth about his brother. Whether Sam can stay alive long enough to get back to 1995 (and his own body) is another matter.

In a parallel storyline, the novel follows James Michael and his adventures in the 1960s. James has been recruited into an elite American black ops unit, where he takes the name Jack Gabriel. James/Jack’s exploits dovetail with Sam/Will’s investigation and Sam’s family’s vigil by his bedside.

Harris’ writing style, though generally competent, can be slightly overwrought (e.g., “[a] deafening screech echoed through the bleak fields”). And the incubus is more of a McGuffin than a fully developed antagonist; the reader never learns what the monster’s objective is or why Sam has become its target. On the other hand, James’ adventures in his Jack Gabriel incarnation are enjoyably sexy and action-packed. And Harris uses dialogue and telling details to create multidimensional supporting characters, particularly Sam’s wife, Joli, and the rest of his family. It’s a shame that Joli, with hints of a dark past and sexual temptation in the present, gets relatively little space.

Dark Side of the Looking Glass has many impressive aspects. Despite its flaws, it is likely to appeal to readers of thrillers and suspense.