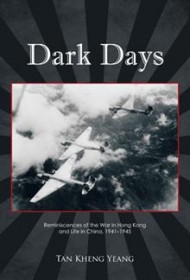 In December 1941, Hong Kong fell to the Japanese army as Japan’s troops moved across the Asian Pacific during World War II. In his detailed account of that historical event, Tan Kheng Yeang recalls fleeing Hong Kong, where he was a university student, and joining thousands of refugees in China’s interior. Yeang’s memoir is a thorough review of this piece of history, so chock-full of facts as to seem like a concise textbook, but written so beautifully, fluidly and, in some places, poetically, that it makes reading sheer pleasure.

Yeang contrasts the tranquility of life in Hong Kong – from British colonization in 1841 to the war – with the century of foreign aggression suffered by mainland China. He succinctly reviews the background of Sino-Japanese tensions before turning to World War II. As the Japanese swept through a weakened China, the Allied forces were years and miles away, fighting in Europe. On Christmas Day 1941, Hong Kong surrendered, triggering an exodus that soon reduced the island’s population by a third.

After fleeing Hong Kong, Yeang spent several years enduring the hardships and upheaval of war, moving often to stay just ahead of the fight. While he relates the suffering and brutality he witnessed along the way, he also poignantly tells of simple pleasures, such as chance meetings with old friends and sleeping under the stars. His rapturous passages on the natural beauty of China’s interior read like poetry. Back in Hong Kong afterwards, Yeang writes: “The breezes blew languorously, whispering the awful secrets they had known. Crimson glided the great sphere of the sun down into the west to its slumber.”

Throughout, he opines about militarism, the atom bomb and human nature and provides world history buffs with a first-hand look at this tumultuous stretch of China’s fascinating past. His fascinating memoir is a compelling and lyrical read.