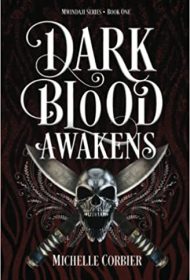 Protagonist Makeda Crawford, 23, and her family live in Black Ridge, North Carolina. Her two brothers help Dad in the family furniture trade, Makeda is a nurse, and Mom is a teacher. However, they are also mwindaji — monster hunters — part of a millennium-old dynasty, with Dad dedicated to finding and killing Korlemo, a thousand-year-old vampire who leads his own cabal of monsters. Originally a West African ruler, Korlemo lay dying when he commanded his zauber, a female sorceress, to summon a demon and trade his soul for immortality. Over the centuries, Korlemo’s growing wealth and power have enabled him to remain undiscovered.

Undaunted, the Crawfords crisscross the country, following leads. Upon learning that a rural Kentucky hospital receives funding from Korlemo’s associates, the family relocates there. Hired as a nurse, Makeda — grudgingly included in earlier missions mostly to tend wounds — is the only one able to access the hospital, shifting the power dynamic. Complicating matters is Makeda’s growing romance with the local sheriff investigating several mysterious deaths. Plus, Makeda harbors a deep secret: Like her mother, she’s a zauber, viewed as evil by the mwindaji.

Corbier derives clear pleasure in layering details and delivering clinically-correct gruesomeness (“his femur crunch[ed] between her teeth”). The dark humor of depicting a rural hospital that’s financially viable because its patients feed the local vampire/werewolf population is a witty, subversive stab at managed health care.

However, the writing often contains needless detail (“He started the coffee maker and prepared to review the folder….An hour later, he was sipping coffee”), and descriptions are frequently repetitive (“A tiny grin crossed her lips”; “a small grin creased her lips,” etc.). Also, logic issues weaken believability; actions such as characters playfully flirting seconds after shocking moments seem plot-driven rather than authentic.