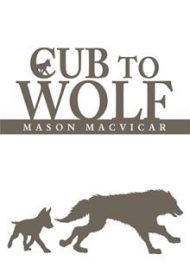 In this fantasy novel, a gang of good-hearted werewolves roams the country on motorcycles protecting mortals from dangerous supernatural beings.

Told through the first-person narration of a likable teenaged werewolf named Connor, this story begins as Connor reaches manhood at age 17, but with far more physiological changes than most boys as his body grows into its werewolf form. Shortly after his first transformation into werewolf shape, his entire pack (including his parents) is slaughtered by feral werewolves. Despite his deep grief, he maintains his pledge to help others.

As he travels in search of a new pack, he watches for vampires, whom he easily identifies with his sensitive nose. When he sniffs the rotting flesh of the undead, he transforms into a werewolf to help save human lives. The story contains some gory violence, but no more than usual for the genre.

Connor makes new friends over time, including a young human woman and a mysterious Indian. While he’s not interested in girls, his werewolf magnetism prompts girls to flirt with him. Meanwhile, he’s often put in uncomfortable situations by his friends and the old Indian where he must interact with the opposite sex. As the story unfolds and he experiments with the role of alpha male, he encounters both bullies and first crushes.

Unfortunately, this entertaining story is marred by numerous writing problems, including mistakes in grammar, capitalization, usage, and punctuation. Unexpected tense shifts, run-on sentences, missing words, repetition, and spelling errors also prove distracting. For example: “Dad said he meet one feral pack before I was born.”; “As I enter the town I can smell a new sent in the air, and shinny clothing on men standing by the church”; “They don’t sleeping in anything but human.”

This novel requires aggressive editing and proofreading. With such revision, it may appeal to YA readers who enjoy supernatural stories regarding overcoming the isolation and identity issues so common in the teenaged years.