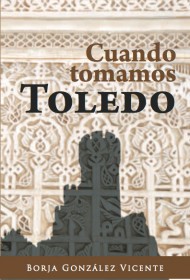 This historical novel attempts to explain the course of events in the 11th century that gave rise to the constant conflict between Christians and Muslims in general and especially in the context of the Iberian Peninsula. The author, who has a degree in history, aims to pay tribute to a subject he undoubtedly admires and respects, but the book lacks, above all, plausibility.

Enrique is a member of the lowest rank of the nobility of the kingdom of León, and his stepbrother Bernardo is a monk who wants to translate Muslim texts in order to better understand Muslims and encourage their conversion to Christianity. We first see the men meeting after King Alfonso VI’s taking of Toledo, and we follow them on their journey as they return to León in the company of three progressive-thinking Muslims, comfortable co-existing with the Christians.

While the young king and his men are busy battling, the two brothers, with the help of the three Muslims, begin translating the texts in hopes of making peace without bloodshed. To their misfortune, the king and his men meet up with a band of conservative Christian Franks who wind up burning all the texts that had been translated and killing the three wise Muslims.

While the subject is promising, the author sacrifices everything for the sake of a message of “tolerance,” offering dialogue in which the characters present anachronistic arguments that sound like modern theories; humanism would not arrive until over three centuries later. Although bloody battles are mentioned, we never see the action taking place. The characters in general fall flat (some change so quickly from hate of their enemy to understanding that they become prototypes, demonstrating a pre-determined idea).

Due to his simplistic black-and-white view of things, the author’s research has little impact on the novel’s atmosphere. As such, the book is more disappointing than thrilling.