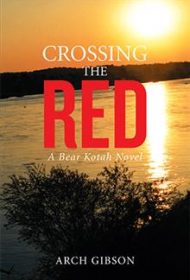 After Ramiro Jenkins’ parents were killed by a death squad, he was sent from Nicaragua to Oklahoma to live with relatives. Ever since, he’s aligned himself with the Sandinistas and vowed revenge on the USA. As the story begins, he and a team of Latino ex-gang members have gathered on the Nicaraguan coast to test specialized explosives by firing them at boats.

His co-conspirator is General Al Shakir, an Iraqi terrorist who likewise wants to punish American interference in his country. The men plot to use recreational boats to launch an attack on the petrochemical industry around Galveston, Texas on the Fourth of July, thereby crippling America’s transportation system in a particularly symbolic show of force.

However, Jenkins underestimates the determination of the Comanche Kotah family, whose buffalo ranch borders his own. When one of their friends is murdered for trespassing on Jenkins’s property, Jim “Bear” Kotah determines to uncover what Jenkins is so desperate to hide.

The novel takes place in the week and a half before July 4th. That accelerated timeline and reasonably strong action scenes keep things exciting, although a bit too much time is spent with the Oklahoma crew in the book’s first third before flipping back to Jenkins’s Nicaragua plotting. Two excellent funeral scenes spotlight Native American traditions, as does Grandfather Kotah’s sweat lodge.

This is an offbeat take on the terrorist attack narrative. Gibson does a particularly effective job of bringing in the backstory of Bear’s service in the Iraq War. It’s clear that violent conflicts have enduring effects, causing trauma but also sparking retaliation. Thankfully, the ending opens up opportunities for sequels: Bear is a complicated character, one readers will find pleasure spending time with.