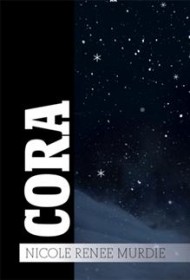 The first thing you realize after starting Cora is that you are in the midst of a Nancy Drew story for millennials. The protagonist is 18-year-old senior Josie, a daughter of divorce armed with a smartphone, who, along with a girlfriend who drives a Porsche and a hot-rodding friend named Dean, has a knack for letting curiosity get the better of her.

And it does, when she finds the diary of a recently murdered girl in her locker, with a note addressed to her from the girl herself. Josie and her sometimes-hesitant friends are soon investigating the murder of Cora and her family, and how the state’s governor might have been part of it. It becomes apparent that no one is to be trusted, not even the closest of friends. Kidnappings, torture and more deaths pile up as Josie digs deeper into the lives and deaths of her classmates and others.

As in a teenager’s diary, there are soon so many petty plot twists, both social and menacing, that readers need a playbill to keep the actors apart. The girlfriend/boyfriend dynamics are a major engine of the story, along with modern parent/child conflicts, but at the center of the book is a deeply felt sense of evil.

From the first page, it’s apparent that the author has a real and palpable affection for her characters and for storytelling. But, her renderings are inchoate. The descriptions of her characters’ emotional lives are treacle and infused with romantic sentimentality.

On the technical side, the book is rife with misspellings that are not singular mistakes (when you see the word “wispers” three times, you know it’s an inherent issue), and the grammatical errors cry out for an experienced proofreader. Readers can feel the author’s passion and will be waiting for the polishing.