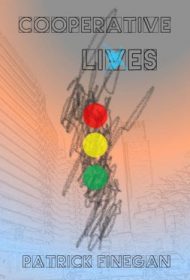 At the story’s heart are George Wallace, a nerdy IT manager; his ex, Hanife, a Middle Eastern immigrant with a secret past; Jack Roberts, an attorney married to the much younger Susan, who is temporarily wheelchair bound following a skiing accident; and Sheldon Vogel, an aging money manager.

The plot takes off after Sheldon saves Susan from being struck by a bus. Back in his apartment and unaware he has been injured by the bus, he signs on to make a trade for a client, intending to sell 240 shares and instead selling 24,000. Jack steps in to help.

The plot shifts back in time, alternating between scenes from six months or two years in the past and providing the backstory to various situations, including the Wallace’s daughter’s bout with leukemia, Hanife’s childhood, Susan’s accident, and an underlying tale of espionage and deceit. Soon, Jack finds himself charged by a vengeful prosecutor who pieces together random innocent acts to create a seemingly masterful tale of large scale embezzlement.

This is an intricately plotted, well-written tale. Finegan’s style is clean and straightforward. His characters are imperfect and easily relatable people who experience the peaks and valleys that inform all lives.

Because of the many threads and characters, and non-linear narrative, the story calls for careful reading. The shifting chronology is signaled by color coded notations at the start of each chapter (for example, a green open circle signals current time, while a yellow curving arrow denotes six months prior). However, there are backstories within the backstories, and the amount of detail — such as when Wallace explains how he was named, including more than a page of family history — grows tedious at times.

Despite this sometimes-overabundance of information, this is an engaging story. Strong on both character and plot, it’s most likely to be enjoyed by readers drawn to intelligent writing.